Everglades of the North: The Story of the Grand Kankakee Marsh

This award-winning documentary reveals the diverse ecology and controversial saga of the Grand Kankakee Marsh – an area in the Midwest that, less than a century ago, resembled the swamplands of Florida’s Everglades. Join the filmmakers as they explore the astonishing history of the environmental treasure often referred to as the “Everglades of the North.” 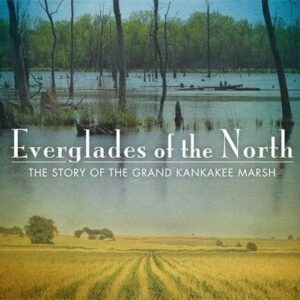 Not long ago, the Grand Kankakee Marsh saturated nearly a million acres across Northern Indiana and into a portion of Illinois. This unique ecological landscape was home to some of the highest concentrations of wildlife on the planet, with waterfowl so numerous they literally blackened the sky. Louis the XIV claimed this land as part of “New France,” and the marsh was once known as Chicago’s food pantry.

Many sought the riches of the marsh, including industrialists who made their fortunes from its seemingly endless natural resources. But it all came at the expense of the environment – today less than 5% of the Grand Kankakee Marsh has survived man’s advances. But with a better understanding of the important role wetlands play in the environment, there is a renewed effort to restore part of what was lost.

WHAT PEOPLE ARE SAYING…

“EVERGLADES OF THE NORTH…PULLS AT MY HEART”
– Dale Mowman, Chicago Sun-Times

How does AmazonSmile work?You shop, Amazon gives. Start out through this link - smile.amazon.com  - then select Lakeshore Public Media as the organization.
Go to Top